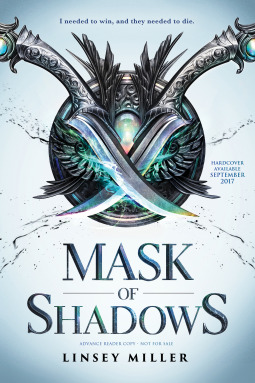 Sallot Leon is a thief, and a good one at that. But gender fluid Sal wants nothing more than to escape the drudgery of life as a highway robber and get closer to the upper-class—and the nobles who destroyed their home.

When Sal steals a flyer for an audition to become a member of The Left Hand—the Queen’s personal assassins, named after the rings she wears—Sal jumps at the chance to infiltrate the court and get revenge.

But the audition is a fight to the death filled with clever circus acrobats, lethal apothecaries, and vicious ex-soldiers. A childhood as a common criminal hardly prepared Sal for the trials. And as Sal succeeds in the competition, and wins the heart of Elise, an intriguing scribe at court, they start to dream of a new life and a different future, but one that Sal can have only if they survive.

This was an odd book- I liked the story a lot but it was slow to read. The world building was kind of ordinary and the characters were a bit hard to keep straight except for Sal. They were great, and I really liked how the nonbinary aspects of their character presented themselves- it was natural and most characters took it in stride, which I loved. Plus Sal was just a great MC. I really liked Maud as well, and the Left Hand. I’m not sure if I’d rush to read the sequel but I enjoyed the book enough, glad I read it.

The Tomb by S.A. Bodeen 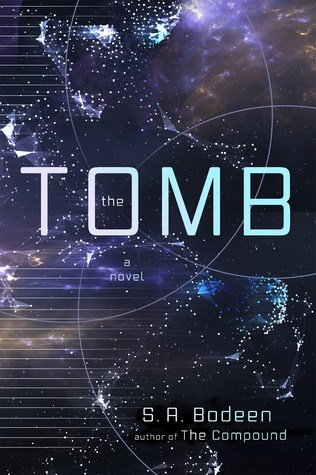 Nothing is as it seems.

These are the first words Kiva’s best friend Seth says, after three years of silence.

Kiva thought she was growing up in ancient Alexandria. That’s what she and all her classmates had been led to believe by their parents. It turns out she was living in virtual reality, in a sleep chamber in deep space, and three years ago, Seth woke up. Now it’s her turn to join him.

Together, Kiva and Seth must take an escape shuttle to search for the engine part their home ship needs to keep running. But it’s been a long time since the Krakatoa has communicated with any of the other three ships harboring human civilization.

This was subpar in almost every way. The concept was so cool but the worldbuilding was lazy- Alexandria should have felt like I was reading historical fiction but it felt anachronistic, which they try to explain away within the text. It was a fast read and I was interested in seeing where the story goes but it ends in a cliffhanger that I don’t really care about? Not the intention I’m sure. Shallow characters and romance didn’t help either. I think younger readers or readers who don’t read much sci fi could maybe enjoy this but I was disappointed.

Are either of these books on your TBR? What do you do when an anticipated book disappoints you?

6 thoughts on “Mini Review Monday: Mask of Shadows and The Tomb”