I was late to the Hamilton train so I missed this tag when it went around last year, originally started by youtuber Maureen. But I saw it pop up on twitter as one of those archive posts and Meg at Cuddlebuggery picked the most perfect books so I was inspired to do the tag as well. Especially since I’M SEEING HAMILTON TONIGHT!!!!!!!!!! It was my birthday present for last year and now it’s finally heeeere and we’re going to celebrate with this tag! 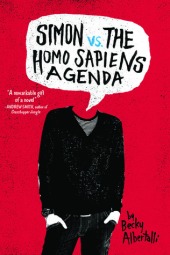 Harry Potter is the obvious answer but I’m going to say Simon vs the Homosapiens Agenda because I want to be friends with Simon and his friends (when I was their age, of course). They seem really fun and just the right amount of nerdy, and I could picture us eating a sheet cake in the grocery store parking lot, or going to the pool all day, or seeing the latest movie like I used to do with my high school friends. I also need to visit the cute cute store Molly works at, which could totally happen since she’s Abby’s cousin and all 🙂

The Schuyler Sisters | Underrated Female Character
You want a revolution, I want a revelation – so listen to my declaration

I think Sansa Stark from A Song of Ice and Fire is not only underrated but one of the most underestimated characters in fiction. She has survived snake pit after snake pit by her ability to observe those around her, blend in, and hold her ground. While she might start off naive, she adapts and hardens, slowly learns how to play the game. I have no doubt that she is going to come out on top in the end and she deserves so much more love and support from the fandom than she gets.

My Shot | A character that goes after what they want & doesn’t let anything stop them
Hey yo, I’m just like my country I’m young, scrappy and hungry and I’m not throwing away my shot!

I mean, most of them but Kaz Brekker from Six of Crows in particular. He will do anything to achieve his goals, and I do mean anything. While it may not be the same song, these Hamilton lyrics always make me think of him:

Sam Cortland from the Throne of Glass series. I still don’t understand why The Assassin’s Blade wasn’t Book 1 because he was such an impactful character. I also wonder how his character would have affected Celaena’s character if he was still around; I really don’t think his death was necessary. 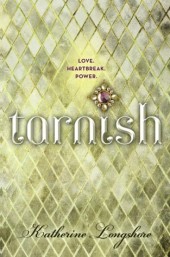 Anne Boleyn and Thomas Wyatt in Tarnish is pretty heartbreaking, mostly because you already know going in how it ends but you still get caught up in their romance anyway. Now that I think about it, The Time Traveler’s Wife might be the most heartbreaking but I wouldn’t say their relationship ended (due to timey wimey stuff). 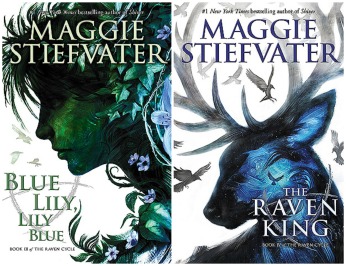 I had a hard time with this category but I’m settling on Piper Greenmantle from Blue Lily, Lily Blue and The Raven King. She’s definitely sassy and unique while also being a bit of a power hungry sociopath. Oh let me cut this block of cheese or shave my legs while I talk about murdering people and harnessing evil entities for my personal benefit. Ooookay. But I can’t deny that there’s something about her personality that makes her compelling.

The Reynolds Pamphlet | A book with a twist that you didn’t see coming
You could never be satisfied/God, I hope you’re satisfied

The Mirror King, hands down. I’m rarely THAT surprised by a twist but I had to put the book down. I was in shock and afraid to turn the page for 20 minutes. That’s a good twist.

To All The Boys I’ve Loved Before! I reread the first book before diving into the second and third, and it was amazing. Such lovely books.

Satisfied | Favorite book with multiple POVs
You strike me as a woman who has never been satisfied
I’m sure I don’t know what you mean. You forget yourself
You’re like me. I’m never satisfied

Six of Crows. There were many POVS but they all felt different and clear cut voice-wise while blending into an appealing whole. Plus the way that backstory and information was doled out slowly was so masterful.

Who Lives, Who Dies, Who Tells Your Story | A book/series you feel like will be remembered throughout history
But when you’re gone, who remembers your name? Who keeps your flame? 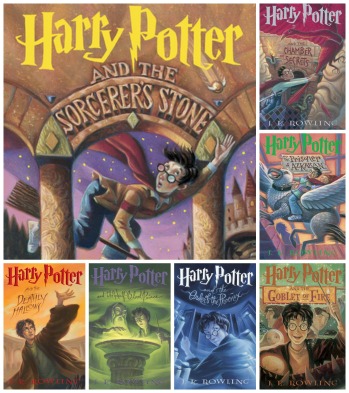 It’s an easy answer but Harry Potter. The series has already made such an indelible mark on our culture in 20 years and is showing no signs of slowing down. I feel confident that future generations of readers will continue to fall in love with Harry’s story. 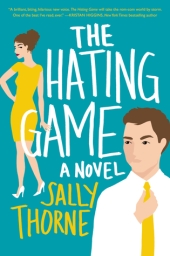 I fell in love with Lucy and Josh in The Hating Game immediately! Lucy’s voice made me laugh and there is nothing I love more in a romance than a good hate-to-love, enemies-to-lovers trope, especially when it’s done as perfectly as this one is. The book (and Lucy & Josh’s relationship) was absolutely hilarious, really really adorable and sweet, and so sexy.

I don’t know what it is but something about Aeiliana and Gavin fighting together in The Falconer is spectacular. I think it’s how well they move together, how it’s basically the first time they’re both acknowledging this supernatural world. And I just love back to back spinning fight scenes.

I honestly can’t think of anything besides Twilight, which I did enjoy at the time, so I’m going to say fanfic generally speaking.

What Comes Next | A series you wish had more books
You’re on your own
Awesome! Wow!
Do you have a clue what happens now?

A Darker Shade of Magic!!! Please please please! I’ve heard that she’s going to write books set in the other Londons, which brings so many possibilities- will they be in the past? In the future? Parallel with our beloved characters? No idea but I want it all.

My go-to answer is usually Blue and Ronan… or Lila and Alucard… but I’m making an unconventional choice: Peter K and Kitty Song from To All The Boys I’ve Loved Before. Kitty is wise beyond her years and a crack up, and her blossoming friendship with her sister’s maybe-boyfriend is really adorable. Peter treats her like her own person and bonds with her based on her own merits. Plus he spoils her and what 9 year old wouldn’t love to feel special? I love their relationship.

The Lumatere Chronicles. I only read them last year and I can’t believe I waited so long! They are brilliant and get better with each book; they’d be stellar rereads too. I really really hope there will be a fourth sooner rather than later.

Winter, the conclusion of The Lunar Chronicles, was delayed about 9 months I think but it was definitely worth it! It was ginormous and such a satisfying ending in terms of action, story, and romance. So many good parts!

I’m tagging anyone who wants to participate especially if it means they’ll listen to Hamilton because I’m pretty sure all of my  Hamilton blogging friends have already done so 🙂 While we’re at it, tell me your favorite Hamilton song and what you think of my choices!

14 thoughts on “The Hamilton Book Tag”